What MDNA Do You Need to be President?

The presidential race for the White House recently ended (finally). There’s been debate and backlash since. Do I really want to toss gasoline on the fire? But seeing as it’s a hot topic, I couldn’t resist the opportunity for some MDNA insights. Trust me, my only goal is to add value to the conversation. But if you are sick of hearing about the election, I won’t hold it against you at all. Just ignore the next few posts.

First of all, Donald Trump is a DLF (Dominion Leadership & Freedom) and Hillary Clinton is a CVS (Compelling Value & Stewardship). I am going to argue that these two MDNA gifts may be the only ones that could have made it through this election cycle at all.

Second, everybody can admit that this race was pretty ugly. The divisiveness, vitriol and scorched earth campaigns were heightened to new levels. This was only exacerbated by the fact social media provides a platform for outrage culture. On one hand, Twitter and Facebook were glorious platforms to keep up-to-date. On the other, my feed and wall were filled with some pretty bloody carnage. I’m not going to get into this any further, but I think pretty much everybody took notice of outrage online that is still ongoing.

The CVS is known for independence and desire for privacy. They can keep their cards pretty close to the vest. They also have no issues with all the shades of grey and ideological differences with those around them. This is the only way Clinton had the thick skin to deal with outrage culture. The CVS, in particular, really dislikes being confronted with issues from the past. This would explain the way Clinton has dealt with all those Wikileaks emails. One major issue is that, based upon these intrinsic motivators, the CVS can come across arrogant and even calloused. This is all part of the design.

Let me just say that, although I disagreed with many aspects of her campaign and allegations of corruption were very concerning, the fact that Clinton, as a woman, gave it a go, twice even, deserves respect. I witnessed some incredibly horrific and sexist comments from surprising sources about the potential first woman president. It’s the same unfortunate condition that led a man to taunt the first female coach in NFL history, calling her a waitress and telling her to get him a Pepsi at a recent game.

The DLF, on the other hand, is intrinsically motivated to withstand tremendous opposition. They are often villified for strong leadership. If the CVS has thick skin, the DLF has armor plating. DLF leaders are often very unpopular when getting the job done. This was Trump. And another attribute is that the DLF will wait until they are vindicated by the end result versus popular opinion. In many ways, regardless of the unfathomable things that came out of the Donald’s mouth, he was vindicated in the end when nobody gave him a chance to win.

Now that Trump is the president-elect, I’ll get to more on what to expect from a DLF in the Oval Office in the next post. But in the meantime, consider that the other MDNA gifts would not have made it through such an arduous race to November 8 (without at least massive trauma). I know for me, the prospect of becoming one of the most powerful officials of the free world just wouldn’t be worth it. As a UCD I would have gone off judging society as a whole based upon ideological differences. All the other gifts would have had valid reasons to pack it in and go home as well. That’s not to say individuals with the other gifts could not make fine presidential candidates. But the particular venom and toxicity of this election were factors that the CVS and DLF are typically designed to handle better than others.

We are all designed to lead in a unique way based upon our MDNA. Learning how to maximize and optimize our intrinsic motivations makes all the difference. Regardless of who becomes the 45th POTUS, and where we live, people in all forms of leadership need to come together and MDNA can be a starting point 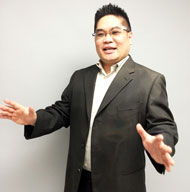