The fact that Suits has a black woman running a law firm with an iron fist is a testament to the diversity of the show. But it is also a great example of how gender does not matter when it comes to MDNA gifts. Male or female, we all have the potential to achieve professional success and personal fulfillment. 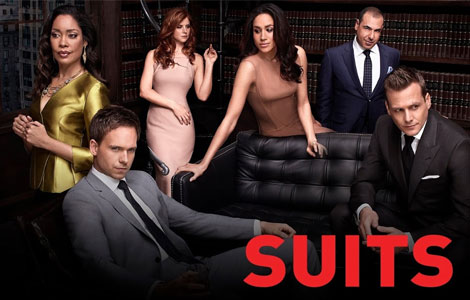 I think when the writers created Jessica’s character, they took a stereo-typically male Motivational Value System and put it into a minority female package. If Jessica was a man, she would be dismissed as another cookie-cutter character. Again, this makes the show interesting.

The DLF has the potential to be an institutional authority and empire builder. They can be as tough as nails when it comes to leadership and power. Jessica admits all the time that she is always focused on power–especially as a minority.

Where Jessica’s character gets a little one dimensional is the DLF’s intrinsic motivation for loyalty. She is absolutely loyal and demands absolute loyalty as well. In one example, she could have disciplined an employee with termination, but chose not to because the infraction was done out of loyalty. Another facet of this the DLF, due to their demand for loyalty, is often betrayed, or at least feels like everything is a betrayal. This is a common theme in Jessica’s character arc.

“I know they said I couldn’t control you. You’re going to learn that I can.”

As a typical DLF, Jessica is also completely consumed with her professional goals. This leave very little room for romantic relationships. She gets a boost in this area through her secondary MDNA gift.

Just like Harvey, Jessica is private and independent. Money is not the main motivation, but it is a great way to keep score. She also has no problems blurring the lines to solve a problem with a creative solution. As a CVS, this is what it means to be relentlessly resourceful.

The show really has not pushed the envelope with Jessica’s character yet, compared to Harvey, Mike or Louis. But she plays a vital role of leadership and establishing the culture of her law firm. She commands the respect of her peers. She is strong. Female leaders should not shy away from embracing the DLF gift in this manner.

We’ll end this week with our two supporting characters Donna and Rachel.

Fictional characters also can have MDNA profiles. Typically every great character is based upon somebody in real life, except the persona and core traits are amplified. This makes learning the principles of their MDNA profile much easier and a valuable exercise. Not to mention it can be fun and entertaining.