Dear DLF, Not Everybody Thinks in Systems Like You Do #MDNADLF

I had a fascinating conversation with a DLF today about leading an organization and training staff. I took a moment to point out that the DLF should never take for granted that others think in terms of systems and productivity like they do. 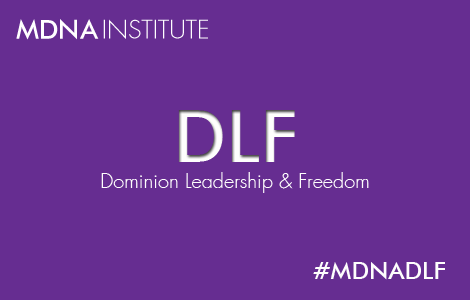 I have worked with many a DLF over the years. On thing is common. They know how to think in terms of productivity and scale.

In this case, my DLF friend had to explain to staff how to be mindful and calculate the cost of employee hours when delegating tasks. It was simple to her. If you spent 4 hours on a task, and you are paid $25/hour, then that task cost the company $100. Therefore, employees need to first determine what a task is worth upfront, and then budget the appropriate time before that task is no longer has value.

I remember many years ago, my DLF employer sat me down and had the same conversation. He explained that certain tasks should be assigned to certain people at different pay grades so that the system stayed productive and profitable. He explained that systems allowed us to make decisions on how to delegate and strategize on employee hours, salaries and annual budgets.

If you are a DLF, right now you are thinking, “Duh!” You live and breathe this stuff.

However, if you make the mistake that others think the same way, you will not only be frustrated, but people will resent your leadership.

As a DLF, you love thinking how something can be bigger and better. It doesn’t matter what it is. For you “world domination” can be casual conversation at the dinner table. You are an empire builder. And you have the intrinsic motivation and social DNA to do it.

Yet others are not motivated the same way. This is why the best systems just keep ticking regardless of the people in them. Process over people. This gives everybody, regardless of how competent they are or are not, a chance to be productive and part of the team. You love it.

The DLF loves training people. The issue is not everybody loves being trained. This is why the best systems are not just taught, they are caught as well. People need to see systems in action and the benefits those systems bring. They need to be aware, have the desire, be equipped with the knowledge, empowered for application and then constantly reinforced for retention. This is change management at its best.

Sometimes the DLF just wants to flip the switch and have everybody fall in line. It doesn’t work that way. Especially when it comes to the other MDNA gifts.

Take the time to both teach and demonstrate your systems. Don’t take for granted, and get frustrated, that others do not think about productivity like you do.

Eventually, all together, you will achieve world domination. I promise.

One response to “Dear DLF, Not Everybody Thinks in Systems Like You Do #MDNADLF”